"12 Angry Men" focuses on a jury's deliberations in a capital murder case. A 12-man jury is sent to begin deliberations in the first-degree murder trial of an 18-year old Puerto Rican boy accused in the stabbing death of his father, where a guilty verdict means an automatic death sentence. The case appears to be open-and-shut: The defendant has a weak alibi; a knife he claimed to have lost is found at the murder scene; and several witnesses either heard screaming, saw the killing or the boy fleeing the scene. Eleven of the jurors immediately vote guilty; only Juror No. 8 (Mr. Davis) casts a not guilty vote. At first Mr. Davis bases his vote more so for the sake of discussion; after all, the jurors must believe beyond a reasonable doubt that the defendant is guilty. As the deliberations unfold, the story quickly becomes a study of the jurors' complex personalities (which range from wise, bright and empathetic to arrogant, prejudiced and merciless), preconceptions, backgrounds and interactions. That provides the backdrop to Mr. Davis' attempts in convincing the other jurors that a "not guilty" verdict might be appropriate. 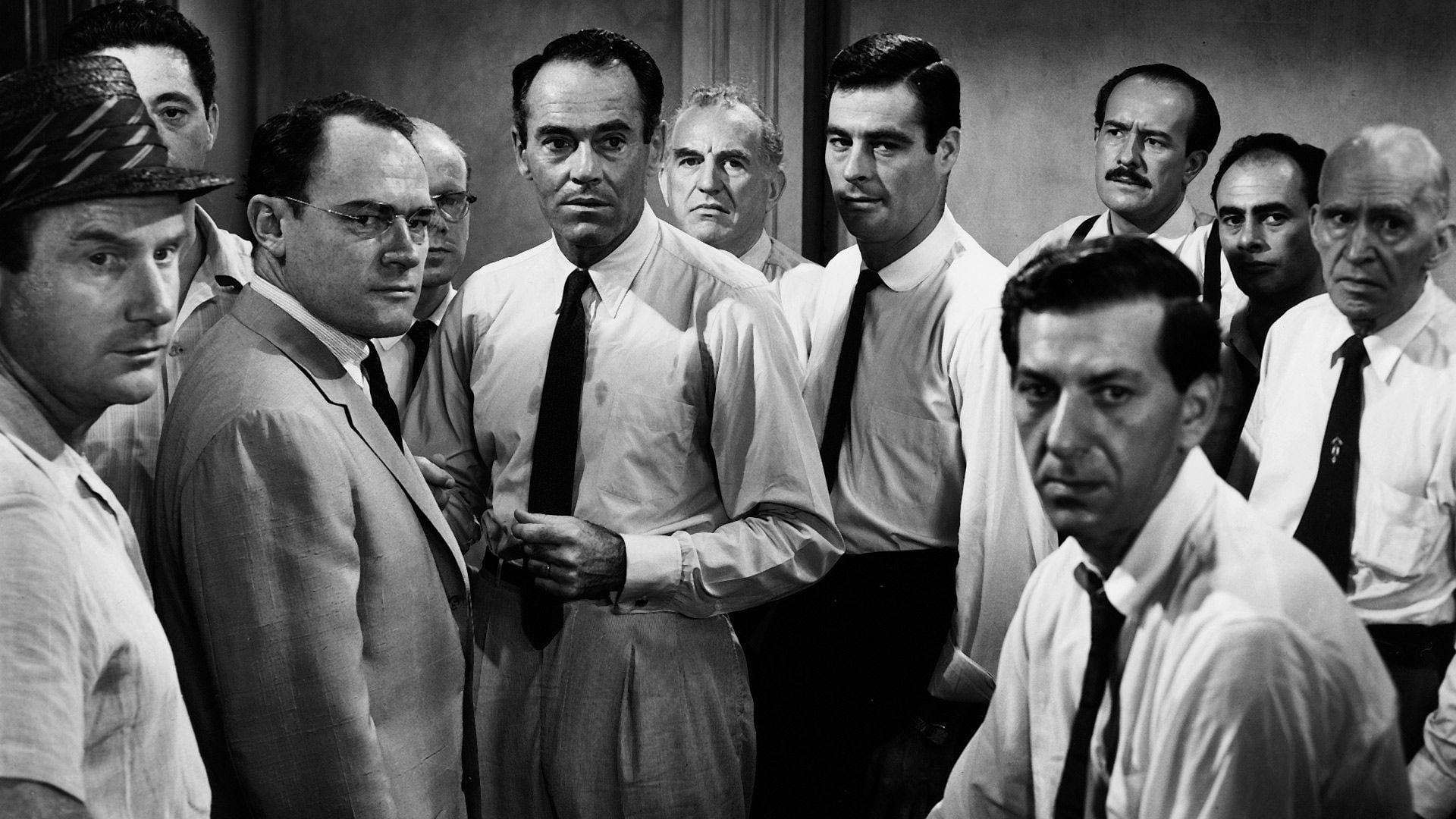