Writer Jesse Wallace is married with Céline and they have twin daughters, Ella and Nina, eighteen years after their first encounter in a train in Vienna. They live in Paris but they are spending summer vacation in Greece in the house of Jesse's friends. In the end of the vacation, Jesse takes his fourteen year-old son Hank to the airport to fly to Chicago, where he lives with his mother. One of his Greek friends offers a hotel room for Jesse and Céline to spend one farewell dream night, but they discuss their relationship instead. 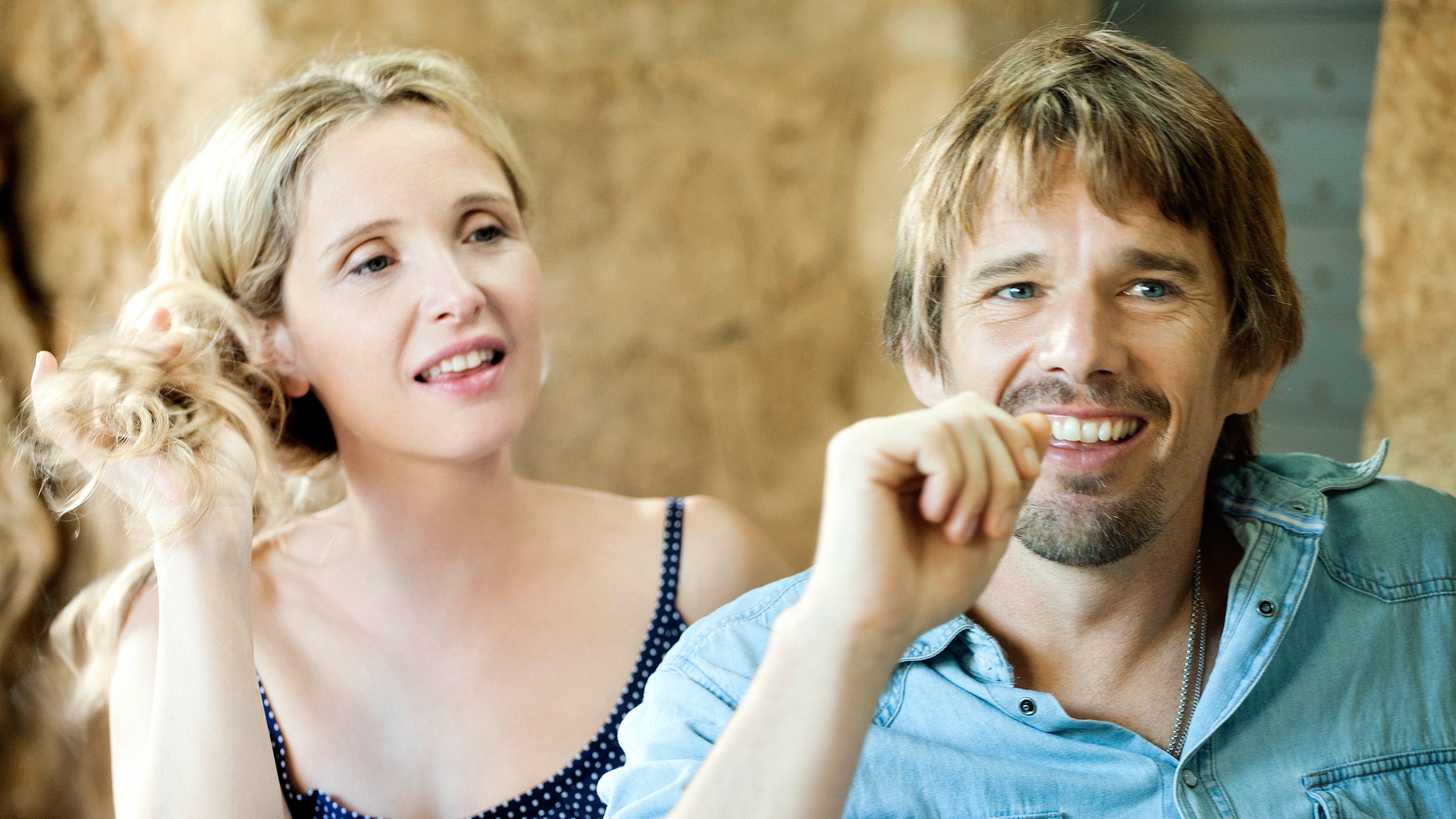